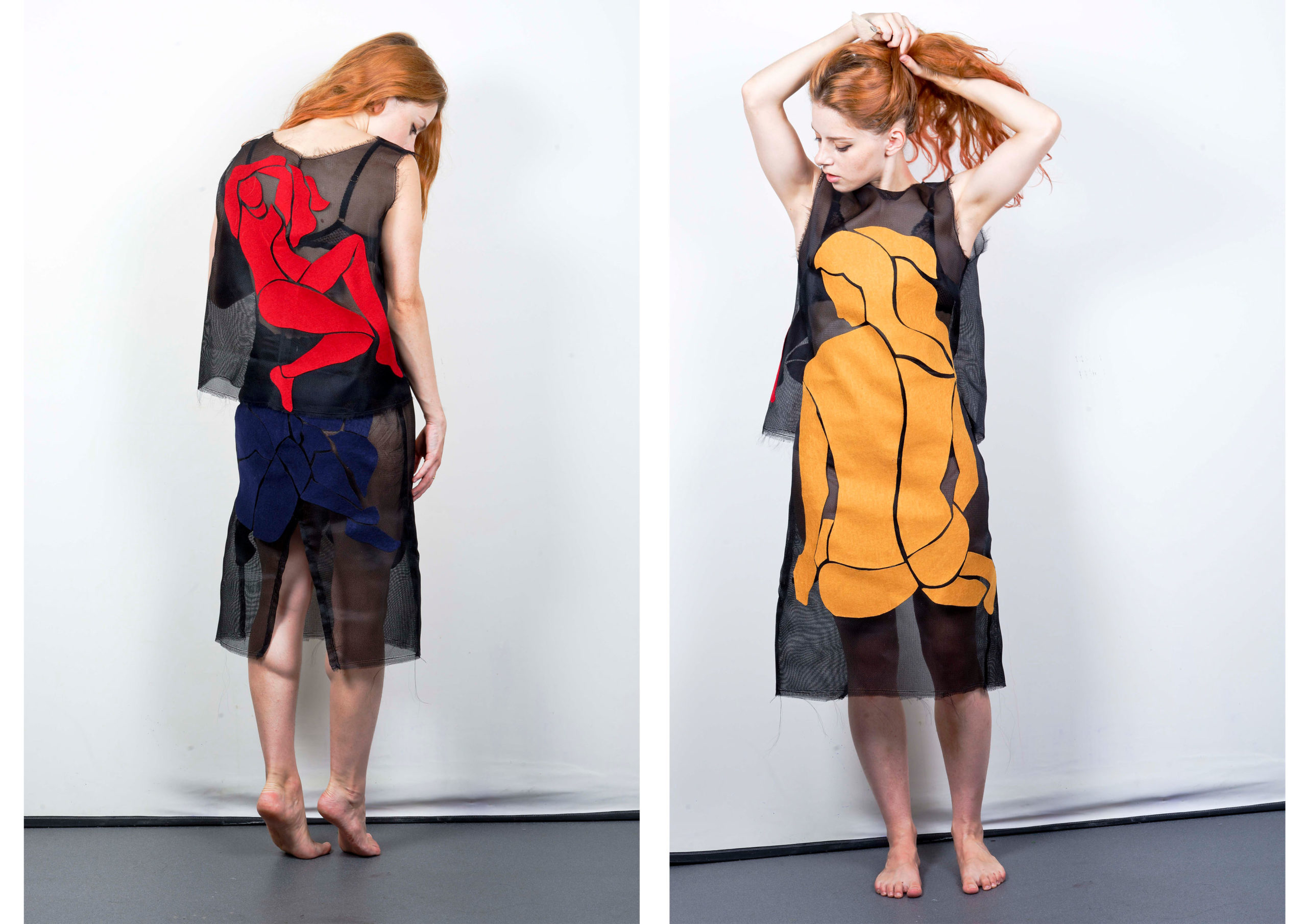 Anya Vero explores the blurred lines between art and anthropology, with a signature style of oil painted on silk stretched over hand-crafted asymmetrical canvasses.

A Ukrainian-Russian born in Latvia, she has a degree in Fine Art from the Ruskin School (Oxford University), Masters degrees in Anthropology from the London School of Economics and SOAS, and a Diploma from the University of the Arts London.

She has lived in numerous cities, including Seoul, Paris, Berlin and London, and draws on her experiences and anthropological research to explore the human condition through her paintings, with themes such as human trafficking, abuse, depression, and oppression. Her work has been exhibited at various galleries including the TATE Modern in London and Museum LV in Riga. She is currently based in Vienna.

For her Women Groundbreakers collection each subject is painted in oil and mixed media on silk stretched across a uniquely shaped canvas frame she builds herself. She films the process to record how the painting comes alive. The choice of frames points to non-conformity, to the desire to see something extraordinary and explore off the beaten path. The portraits don’t just hang there, plain and complacent; rather they penetrate through space, drawing you in through the lines of the canvases, the imperfect angles directing the eye from one part of it to another.

Art for Freedom is a series of paintings focused on human trafficking. Working in partnership with two Mexican organisations – SINTRATA (http://sintrata.org/) and the Comisión Unidos Contra la Trata (http://comisionunidos.org/) – she used photographs of the survivors they work with to create portraits of them, exhibiting them alongside their stories about their experiences. She showcased the collection at a multidisciplinary event at Carousel Gallery in Mayfair, London, exploring the topic from different dimensions – with talks by a leading Human Rights barrister, international anti-slavery charity A21 and bespoke creations by a perfumer and a songwriter.

In London she was also a part of the Self Impressions Tate Exchange event at the Tate Modern, organised by the Institute of Philosophy (University of London), exploring different elements of identity alongside a line-up of leading philosophers and neuroscientists.

TATE Exchange at TATE MODERN, London, 2018 (Group) – Self-Impressions, with the Institute Of Philosophy